Before installing this year’s display, I had to go out to the garage and process some of the new members of the group, some of which were still in their shipping boxes.

STEP ONE: OPEN AND REMOVE FROM PACKAGE. Unwrap and give a quick once over.

STEP TWO: INSPECT. Check paint quality, look for cracks, and inspect cord (if included) for frayed wires. Had to painstakingly remove several rocks from inside this one through the tiny hole in its back. I’m assuming it was to weigh the figure and keep it from toppling over when displayed. There was a lot of shaking and rattling, even a bit of swearing.  Thanks Verdigre, Nebraska.

STEP THREE: RECORD CITY AND STATE OF PURCHASE. Not sure exactly what I’ll do with this info, but at some point, the recorded city and state of each Santa will be part of the display. 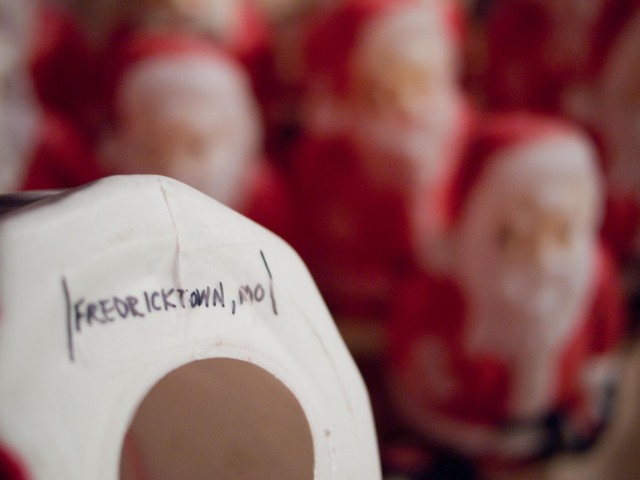 STEP FOUR: JOIN THE RANKS. Add it to the rest of the group.

This entry was posted in Uncategorized. Bookmark the permalink.